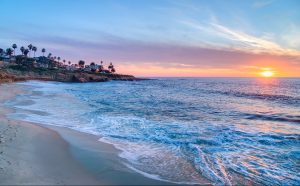 William F. “Freddie D” Diamond Jr. age 62 of Washington passed away Saturday November 24, 2018 in Florida Memorial Hospital, Daytona Florida. He was born July 26, 1956 in McKees Rocks as son of William Sr. and Frances A. McGuire Diamond of Collier Twp. Mr. Diamond lived in the Strabane and North Strabane areas for many years and had been a member of St. Patrick Roman Catholic Church. He was a graduate of The Citadel Military College of Charleston S.C. in 1978 and served with the United States Navy. Fred had previously been employed with A. R. Building and at the time of his passing was a project supervisor with Ryan Homes in Florida. He was an outdoorsman who enjoyed hunting, fishing and watching the Steelers. Freddie had a great sense of humor and a “Tim The Tool Man” personality, always repairing or redoing the homes of family, friends and sometimes for people he really did not know that well.

On December 31, 2002 he married his best friend Barbara Noll who survives. Left behind to cherish his memory, in addition to his wife and parents are his son James Diamond and his fiancé Cindy Douglas of Port Orange Florida, stepson Robin Wyne of Monongahela, two brothers Rick Diamond of Warrendale and John (Becky) Diamond of South Strabane Twp., three sisters, Bev (John) Davis of Norfolk Nebraska, Bonnie (John) Wilbert of Heidelberg and Sue Taraba of Imperial and several nieces and nephews. Deceased are two brothers Joseph and Michael Diamond.

Friends are welcome from 1pm until 8pm Friday November 30, 2018 in Salandra Funeral and Cremation Services, Inc. Joseph P. Salandra LFD owner/supervisor, Darla Tripoli LFD 304 West Pike Street Canonsburg 724-745-8120 where a Catholic blessing service will be held at 10 am Saturday December 1, 2018. In lieu of flowers memorial contributions may be made to Camp Okizu at http://okizu.org/. To View or extend condolences please visit www.salandrafunerals.com.

To send flowers to the family or plant a tree in memory of William F. Diamond, Jr., please visit our floral store.

You can still show your support by sending flowers directly to the family, or by planting a memorial tree in the memory of William F. Diamond, Jr.